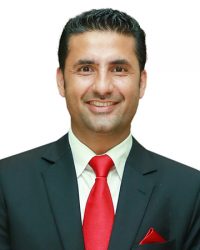 Trekking in the Himalaya

The Federal Democratic Republic Nepal is well known as one of the best destinations in the world for enjoying the real beauty of nature through trekking. The trail into the interior parts of the country follows ancient foot-trails which meander through scenic river-banks, intricately terraced fields and the forested ridges connecting picturesque hamlets and mountain villages. Trekkers can walk along the rough but beautiful trails or virgin tracks in the lap of green and friendly looking hills. The rhododendron-filled, green, dark and deep forests with different seasonal flowers blossoming can catch anyone’s eye as can the scattered residential cottages, domestic and forest animals, variety of birds, both Hindus and Buddhist temples, mountains, breath-taking landscape, and above all warm greeting from smiling local people. The highly developed and well-defined trails have been used for centuries. Trekking in Nepal is an all season activity. It is possible at any time of the year depending on where one wishes to go. However, the most popular season are spring (February – May ) and autumn (September-November). Even during the monsoon season (June- August), you can trek in the rain- shadow areas north of the Himalaya like Mustang, Upper Manang and Dolpo.

The diverse terrain and variety of cultures of the region north of Pokhara make each day’s walk a different experience and make the area the most popular destination in the country. Four favorite treks, each with minimum of about one week and maximum of three week treks, to Kali-Gandaki basin include Manang region, Annapurna range, Jomsom and the Annapurna Sanctuary. Alpine meadows, moraines, glaciers and breathtaking views of the Annapurna range abound. The three hundred kilometer Annapurna Circuit combines the first two areas by crossing high altitude pass, Manang Thorang-La (5360 meters) and takes up to three weeks to complete.

White Mountain, separated from the Annapurna region by Kali Gandaki gorge, the deepest gorge in the world, includes some fifteen peaks above 7000m. This region, considered to be one of the most remote places of the Federal Democratic Republic Nepal, has abundance of Himalayan peaks, hidden valleys, high passes and sweeping vistas. The Trans-Himalayan journey is quite, peaceful and full of adventure and excitement. Trekking in this area is relatively strenuous but trekkers willing to spend their holidays amid nature and natural surroundings full of peace and tranquility choose this “Off the beaten track” trekking destination.

The main journey here is around Manaslu, reaching north of the Himalayas and circling the great Manaslu-Himalchuli-Baudha massif. Since Manaslu is a special area for trekkers and was only officially opened from 1991 onwards for trekking, it needs special permits. Three-week complete treks will give you an exciting, adventurous and once in a lifetime experience.

The areas around Khumbu is commonly called as the Everest Region. It is also known as the home of Sherpa people and the mysterious Yeti. This trek comprises not only the Everest Base Camp but also Namche Bazar, Lukla, Tyangboche and the whole Solukhumbu, which are at the lap of looming Mount Everest, the highest peak in the world and also the mount Ama Dablam . The trek to Khumbu area is not only famous for trekking and expedition but also for the Sherpa culture. One can enjoy and learn Sherpa culture very closely by visiting this region.

The complete trek starts from Jiri to Lukla. Flying to Lukla is the best option for those with limited time. Most of the flights depend on weather condition. However, the helicopter service and chartered flights are also available on request. The Everest Trek is one of the most thrilling adventure treks for excitement-seekers. There are several trekking routes within the Khumbu Region like Kalapatthar, Gokyo Lake, Everest Base Camp and Syangbochhe trek.

Mustang is 200 kilometers into the hinterland that constitutes mainly barren ridges, deep canyons, eroded cliffs and Moraine valleys. Its landscape is unrivaled for it has a stupendous wilderness, pristine scenery, snow capped peaks, spectacular 16th century monasteries and many other unique attractions. The view of wind swept Kali-Gandaki valley, vast spaces around Kagbeni and vast ridges that straggle high mountains provide a mind-blowing experience.

Gosaikunda region is easily accessible from Kathmandu. Each area in itself is a good choice for those with limited time. It offers many features that range from culture to adventure. In a week to ten days, any one can visit one of these areas by crossing high mountain passes. A three-week trip could cover all the three areas. The Himalayan views overall are not quite as spectacular as in the Annapurna or Khumbu region, but they remain unforgettably beautiful plus the trails are less crowded and the people are friendly and interesting. TheHelambhu-Gosainkunda trek takes one to Gosainkunda Lake – a sacred site for devotees of Hindu God Shiva. It is famous for both trekking and pilgrimage.

The Dolpo region is the natural embodiment of high passes, rare flora and fauna, and sweeping vistas, which is enriched by the traditional Tibetan cultural heritage. This region, surrounded by Dhaulagiri and Tibet from south and north, respectively, is regarded as a blend of natural and cultural phenomena. It was opened in 1991 for trekking. This region lies on the north side of Himalayas, it is also a rain shadow area and the climatic situation of this place is same as that of Mustang. One of the longest treks in Nepal is Dolpo Trek that takes 34 days to complete. In this trek, the maximum elevation will be 4,530 m. to 5,115 m. and is one of the most arduous treks of the country. Kanchanjunga TrekLiterally the Kanchanjunga means crystal clear in Nepali while geographically the Kanchanjunga mountain is the second tallest in Nepal and the third tallest in the world after the Mt. Everest of Nepal and the K2 of Pakistan. The whole trekking areas in this region stretches through and around Arun River whose origin dates back to prehistoric period. The Arun valley is one of the most beautiful regions to trek in Nepal. Traveling around this part also gives an opportunity to enjoy and experience the traditional culture of Rai and Limbu, the native locals of this area. Trekking in this area is an adventure that is full of enthusiasm, excitement and above all, an unforgettable life time experience.

Gaurishanker Trek is another beautiful trek in Nepal where one can enjoy the beautiful scenery of majestic Himalayas including Rolwaling, Gaurishanker, Tashi Laptse, Dorje Lakpa. The trekking route is full of alpine forests including trees with blooming rhododendron flowers, the national flower of Nepal, and beautiful native villages.